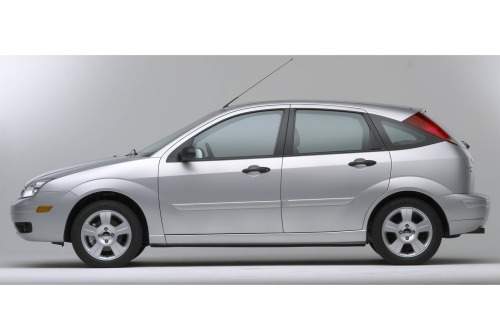 Do you have an older model Ford Focus where the key will no longer turn properly in the ignition? Maybe the key gets stuck sometimes and you struggle to turn the ignition or get it out. These problems are common among older models of this popular vehicle. Replacing it with a new key won’t solve the issue though, in fact, the problem will simply repeat itself. Instead of spending money at the dealership for yet another new key, come to us for Ford Focus ignition repair. It’s the better solution that will save you money, time and aggravation in the long run.

Here’s why getting a new key won’t work. The problem lies with the ignition cylinder. The manufacturer has known about it for a long time, but has never performed a recall on this defect even though a class action lawsuit has been filed in California on behalf of Focus owners. Because older model Focus’s have long been out of warranty, the vehicle owner ends up paying for the repair. The OEM cylinder made by HUFF, that Ford uses to fix the problem, is at the heart of the matter. Reprogramming the key won’t work either. We’ll repair your ignition by replacing it with a non-defective replacement cylinder that fits your Ford Focus perfectly.

Owners with Ford Focus models from the years 2000 to 2003 have experienced the most problems, however this is a problem that persists through to models built from 2000 to 2007. Don’t hesitate to contact us if you have experienced ignition problems with a Focus from another model year. It’s not worth it to be stranded out on a dark highway or in a parking lot for hours waiting for help. Boulder Mobile Locksmiths will remove the faulty ignition on your Focus, replace it, match it to your existing key and get you on your way for much less than you thought possible. And, we service all of Boulder County, including Longmont.