↓
Home→Uncategorized→Boulder Mobile Locksmiths: A Brief History of the Locksmith, 1950-1980

Boulder Mobile Locksmiths: A Brief History of the Locksmith, 1950-1980 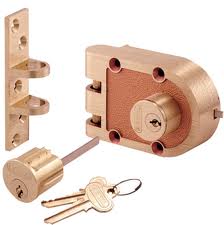 In order to keep up with the times, the ALOA, or Associated Locksmiths of America was born. This association allowed locksmiths around the U.S. to collaborate bringing forth innovative ideas and in turn, forming new and improved techniques. This collaboration led to the creation of the “keypad” locking system, invented by Thomas Hennessey in 1962.

As security needs became more apparent during these turbulent times, the deadbolt was also improved and became an added security feature for commercial buildings and private homes alike. SARGENT became the top developer for this system which was named the Keso lock cylinder, available to the public in 1965.

By the mid 1970s, lock filing had become obsolete; replaced by LAB pin kits. Horizontal linkages were introduced in the automotive industry which lead to a significant increase in the development and marketing of car opening tools. This allowed smiths to easily help stranded individuals with advanced lock-out services.

Jensen, Framon, and LeGard developed key cutting machines which could quickly and accurately duplicate and create replacement keys for both the home and auto. This is the pivotal point in which the craft of locksmithing transformed into a science.

Between 1970-1980, Medeco completed the development of its high security locks. This increased the sales and use of deadbolt-cylindrical locks dramatically, both residentially and commercially. The Medeco locks didn’t require the mortise of an oval opening in a door; making it simpler to install and use.

If you are located in Boulder, Colorado or the surrounding areas, please contact Boulder Mobile Locksmiths for all your locksmithing needs. From safe cracking to high security lock installation and maintenance, we’ve got you covered. We are available 24/7 for emergency lock-out services.